Odds of Making it to the NFL and the Millionaire Mindset

As the upcoming football season falls upon us, I remember my high school football days and the great time I had playing the game. I enjoyed the game so much that like many other kids at that age I wanted to make the pros. I worked hard in the off-season, put in much time and effort in training and the pursuit of fulfilling my dreams. To make a long story short, I never made it. In fact, never even played college. My personal circumstances and situation actually led me in the Navy. 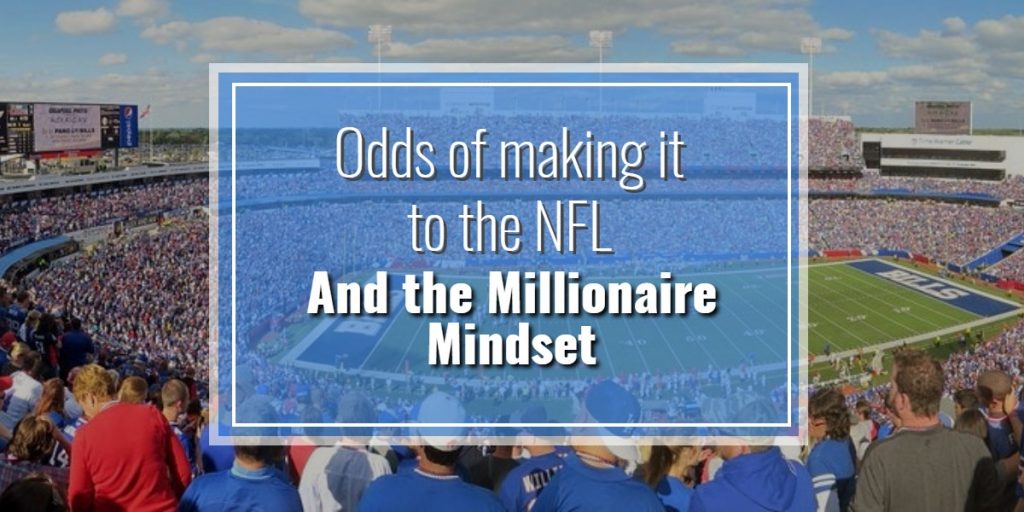 But as I looked back I realized my efforts were futile, at least from a millionaire mindset perspective. Many of us as kids were dreaming of million-dollar paychecks. Yes, you have to enjoy playing the game. However, for many kids, we had a false perspective of reality. We didn’t understand the numbers. Even worse we weren’t taught the correct mindset. Sports entertainment and media can do a tragedy on the minds of many kids. We watch these professional football players in their fancy cars, big houses, and rare commodities. And we here about these ridiculous million dollar contracts.

My point is this. The odds are very rare to make it to the NFL and if you do make it to the NFL your not necessarily set for life. We as products of society and media are taught to be enslaved to futile thinking. Yes, for the very few some will reach their dreams. But for the great majority, our mindset is focused on an impossibility, the odds are extremely rare to hit the big contracts that you hear and that many dream of, e.g. Ben Roethlisberger ($102 million), Matt Ryan ($103 million), Tony Romo ($108 million), etc.

The Millionaire Next Door

In the book ‘The Millionaire Next Door’ the authors also have done a study. And what they found that there were people who lived in expensive houses with big mortgages in high-end communities, but didn’t have much net worth. On a side note, we constantly hear stories of professional athletes who at one time had it all but ended-up blowing it.

However, the authors also found out that there are many quiet millionaires who lived in middle-class neighborhoods and lived well below their means. In other words, they didn’t live lavishly and acted like they were rich. They were rich because of the exact opposite. The book clearly marks several characteristics that must be ingrained in the minds of not only ourselves but our children.

Sports is a great character building that shapes discipline for children but the false and the negative perspective on becoming a professional athlete for the simple reason of a lucrative living in a materialistic world that the sports entertainment media complex indoctrinates on our young minds is a sickness that needs to be pointed out, ridiculed, and trashed. It is not worthy and it is unrealistic.

There is nothing wrong with Sports and even having a dream of playing sports at a professional level can be noble but having a desire for an unreal and dangerous lifestyle is not from a healthy mindset and attitude. Again, at times we hear professional athletes making huge sums of money but in the end losing it all, e.g. Terrel Owens, “claimed the $80 million he made in his career was gone,” Warren Sapp earned $82 million during his career and later would file for bankruptcy. And these stories can go on and on.

Resource – The Millionaire Next Door: The Surprising Secrets of America’s Wealthy

Characteristics of a Millionaire Mindset

The authors of the book ‘The Millionaire Next Door’ goes to great lengths in developing universal principles or characteristics of these quiet millionaires. In other words, millionaires as such are genuine. They are unknown, many in the blue-collar industries who know how to live in frugality and are not to live up to the standards of the Jones. Here are the characteristics of a millionaire mindset that are presented in the book.

1. Living below their means.

The authors found that millionaires are and live by frugality and it is an important part of wealth creation and wealth building. Strict budgeting and not chasing the fancy cars, the big houses, and lucrative clothing are all part of this mindset.

Millionaires understand that time, energy, and money are finite resources and they effectively use these resources to build wealth.

4. Their parents did not provide economic outpatient care.

There is a common misconception that parents should help their children. Although, after all, what parent does not want to help their own children? However, if you want to build discipline, character, and the millionaire mindset within them. Giving gifts, handout, and economic acts of kindness can do more harm and set them up for long-term failure. I think we can all realize the importance of this principle and we can all relate. How often do we see people succeed in direct response to what we did not get from our parents? Furthermore, our parents and we as parents have no responsibility to ask or give from our parents and to our children. Our parents earned their money, we earned our money, and our children need to learn to earn theirs.

5. Their adult children are economically self-sufficient.

Again, to elaborate on number 4. Millionaires have children who are self-sufficient as adults. They understand that they do not want to pass a huge tax liability to their children. After all, we hear stories of farms being inherited and the descendant not able to keep the farm because of the tax liability. A millionaire mindset becomes informed in tax law so they won’t give this burden to their children.

The authors also contributed 10 rules to encourage parents who are wealthy in how to raise productive children in regards to dealing with money.

1. Don’t let your children know how wealthy you are.

2. Consistently teach your children to be frugal with money and the discipline thereof.

3. Don’t allow your children to completely understand your wealth or the creation of it until they are disciplined enough in a working professional and providing themselves independently.

4. Never discuss inheritance with your children.

5. Never use money as part of a negotiation, specifically with your adult children.

6. Remove yourself from your adult children’s family matters.

7. Never compete with your children and don’t see them as competition.

8. Remember that your children are their own and independent person.

9. Always acknowledge your children on their own accomplishments.

10. Ingrain in your children’s minds that there is more to life than earning money.

6. They chose the right occupation.

Millionaires find a niche and they stick with it. They master it! There is value in understanding that a man cannot learn everything and be in everything. When you choose one industry you are more likely to succeed. And it is a lifelong journey. When you jump around in industries and professions you have to start from the bottom and work your way up again and never gaining ground. I, for example, have chosen the real estate niche and investing in it. If I stick with it long enough I should find more success in it. The point is, find something you like and bring value to it. Then let it work.

Resource – Secrets of the Millionaire Mind: Mastering the Inner Game of Wealth

Quotes from The Millionaire Next Door

Whatever your income, always live below your means.

Wealth is more often the result of a lifestyle of hard work, perseverance, planning, and, most of all, self-discipline.

Many people who live in expensive homes and drive luxury cars do not actually have much wealth. Then, we discovered something even odder: Many people who have a great deal of wealth do not even live in upscale neighborhoods.

It’s easier to accumulate wealth if you don’t live in a high-status neighborhood.

One of the reasons that millionaires are economically successful is that they think differently.

If you’re not yet wealthy but want to be someday, never purchase a home that requires a mortgage that is more than twice your household’s total annual realized income.

If your goal is to become financially secure, you’ll likely attain it…. But if your motive is to make money to spend money on the good life,… you’re never gonna make it.

Money should never change one’s values…. Making money is only a report card. It’s a way to tell how you’re doing.

Great offense and poor defense translate into under accumulation of wealth.

Have you ever noticed those people whom you see jogging day after day? They are the ones who seem not to need to jog. But that’s why they are fit. Those who are wealthy work at staying financially fit. But those who are not financially fit do little to change their status.

His view of millionaires is shared by most people who are not wealthy. They think millionaires own expensive clothes, watches, and other status artifacts. We have found this is not the case.

it is very difficult for a married couple to accumulate wealth if one is a spendthrift. A household divided in its financial orientation is unlikely to accumulate significant wealth.

Most people will never become wealthy in one generation if they are married to people who are wasteful. A couple cannot accumulate wealth if one of its members is a hyper-consumer.

Financially independent people are happier than those in their same income/age cohort who are not financially secure.

Allocating time and money in the pursuit of looking superior often has a predictable outcome: inferior economic achievement. What are three words that profile the affluent? FRUGAL FRUGAL FRUGAL

Wealth is not the same as income. If you make a good income each year and spend it all, you are not getting wealthier. You are just living high. Wealth is what you accumulate, not what you spend.

Therefore, we as a society, leaders, and parents must point out these fallacies and teach principles of a healthy mindset, the millionaire mindset, by being frugal, content, self-disciplined, not living lavishly, saving, finding a niche and working hard, becoming a master in investing and make your money work for you instead of against you.

This page may contain affiliate links. Please read our disclosure for more info.

This website and its pages are not intended to constitute legal, financial, or tax advice. Please read our disclaimer for more info. 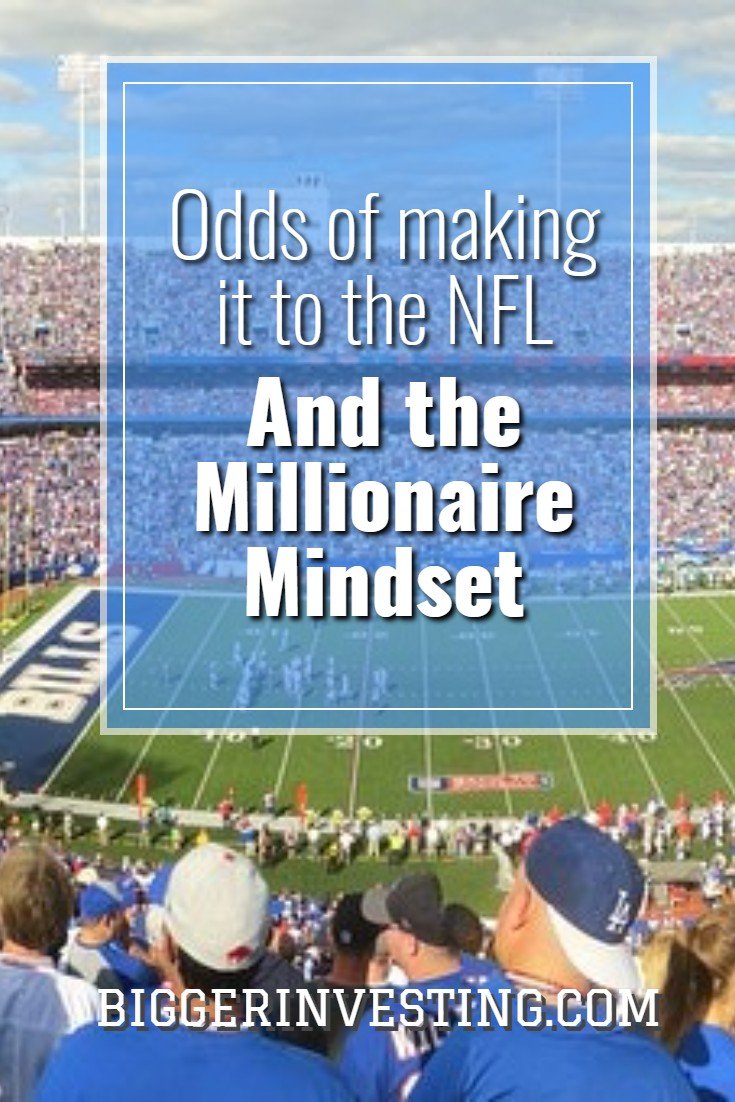 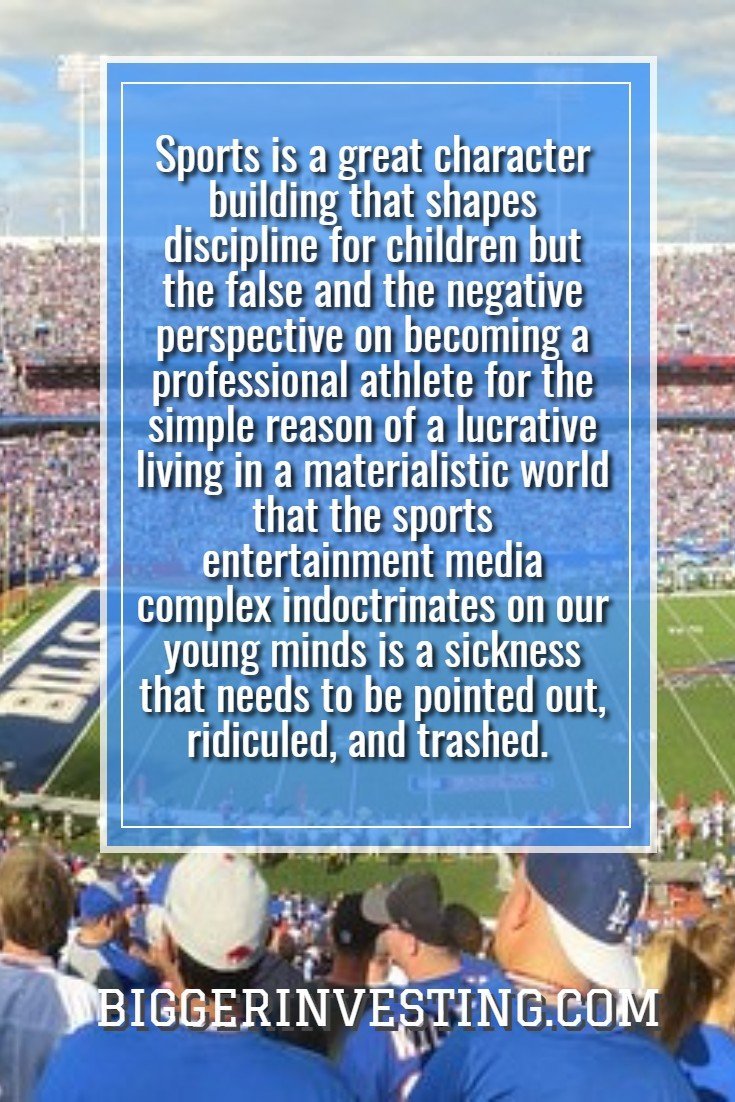